The European Southern Observatory (ESO) is the foremost intergovernmental astronomy organisation in Europe and the world's most productive astronomical observatory. ESO provides state-of-the-art research facilities to astronomers and is supported by Austria, Belgium, the Czech Republic, Denmark, Finland, France, Germany, Ireland, Italy, the Netherlands, Poland, Portugal, Spain, Sweden, Switzerland and the United Kingdom, along with the host state of Chile. Several other countries have expressed an interest in membership.

The International Astronomical Union (IAU) was founded in 1919. Its mission is to promote and safeguard the science of astronomy in all its aspects, including research, communication, education and development, through international cooperation. Its individual Members — structured into Divisions, Commissions, and Working Groups — are professional astronomers from all over the world, at the Ph.D. level and beyond, who are active in professional research, education and outreach in astronomy. The IAU also has Junior Members. The IAU has 13055 members. The Individual and Junior Members Directory contains 10567 names in 107 countries worldwide (these Individual Members are labeled as "active" in the IAU database: they have a valid, public email, and are affiliated to at least one Division.). Out of those countries, 82 are National Members. In addition, the IAU collaborates with various scientific organizations all over the world.

The European Space Agency (ESA) is Europe’s gateway to space. Its mission is to shape the development of Europe’s space capability and ensure that investment in space continues to deliver benefits to the citizens of Europe and the world.

NSF’s National Optical-Infrared Astronomy Research Laboratory (NOIRLab) is the preeminent US national center for ground-based, nighttime optical and infrared astronomy. The mission of NOIRLab is to enable breakthrough discoveries in astrophysics by developing and operating state-of-the-art ground-based observatories and providing data products and services for a diverse and inclusive community. 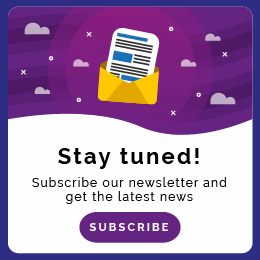